Nothing much to report today other than it was very hot and the open spaces on the upper deck were extremely busy. The Solstice Deck which you will have gathered was very busy today with just about every area of deck being taken up by a bed. It was like an obstacle course getting across from one place to another.

Just before returning to the cabin I took a wander round the upper deck to compare how busy the various areas were and its not until you see how deserted the lawn areas are at the back you have ask what were Celebrity thinking? 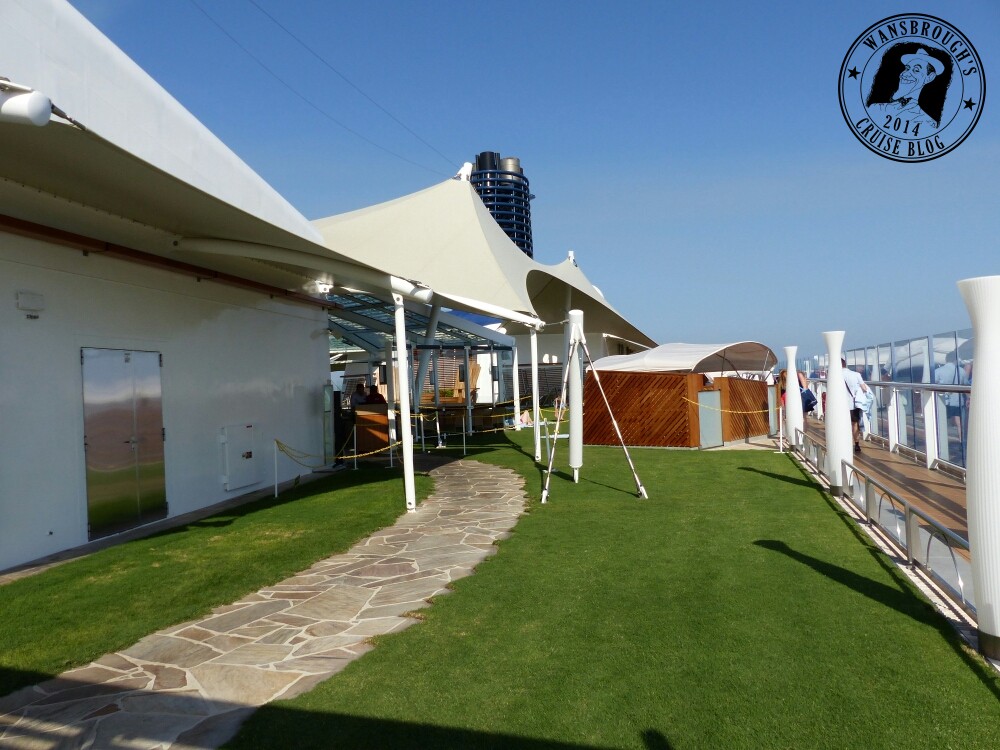 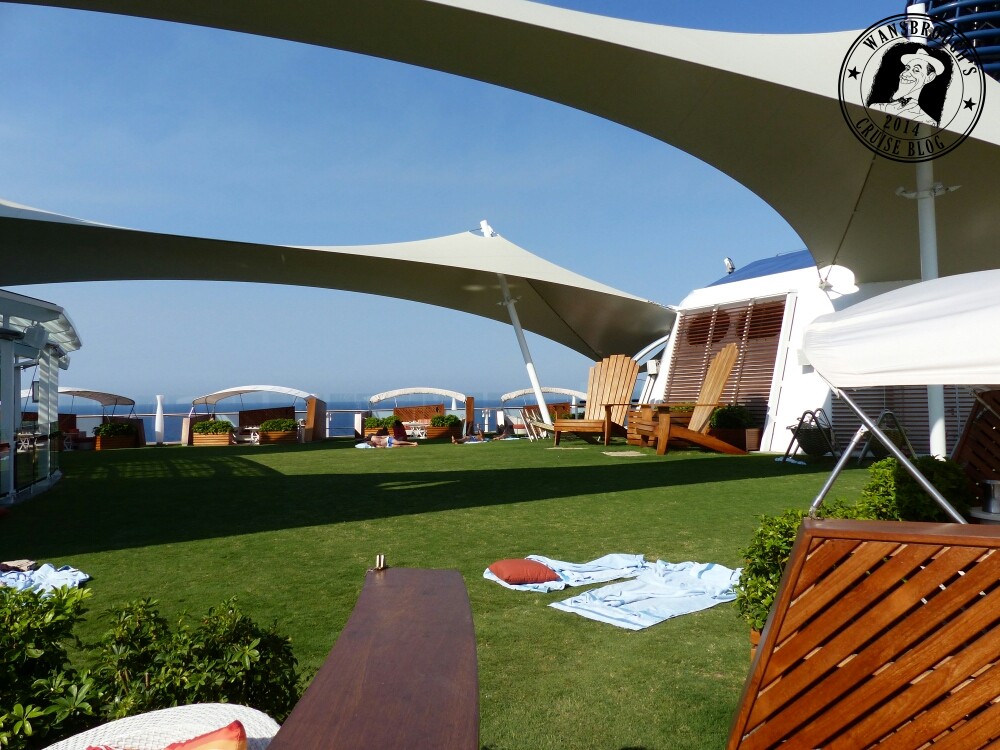 As you can see from the photos above there is a large amount of space probably costing a lot of money to maintain but being of very little use. It doesn’t really become that obvious until you have a warm sea day like today when most people want to be outside.

Tonight is the 2nd and final formal night which I hope will be as well attended as the first. I have to have minor grumble with regards to the dress code as it has not been enforced as strictly as the note would have suggested in the first daily programme. We have seen on several occasions shorts being worn and nothing done bout it. When we mentioned this to our waiter he said it was not down to them to police it and it was the responsibility of the Maitre D and if they managed to slip past without him seeing then there was nothing they could do.
Talking of the Maitre D, we have yet to have him visit the table on this cruise and if he turns up in the next 2 nights as we are predicting then our table will give him a few choice words. We have seen him wandering up and down trying to look important and busy but doing little else. On the other hand the waiting staff and food has absolutely first class but our Maitre D wouldn’t know that………………well not from our table any way!

A little about me and my blog